On October 22, 2014, after a two-week trial, a Ramsey County jury returned a verdict in favor of 75-year-old plaintiff Neil Humphreys and his wife Lona Jensen.  Plaintiffs alleged that Humphreys was exposed to Owens-Illinois’ Kaylo insulation and Mundet asbestos cement during his three-month employment in 1957 with insulation contractor API on the new construction of a power plant.   Trial began on October 6, 2014 against defendants Smith-Sharpe Company and Owens-Illinois. ... Read more → 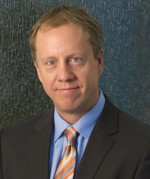 On October 28th, Timothy Jung participated as featured speaker at a webinar for CNA insurance companies regarding Fraud Detection and Claims Management.

Bill Davidson and Ryan Myers obtained a defense verdict in federal court on behalf of their client, Hammer Residences, Inc., a non-profit organization that provides services to adults and children with developmental disabilities. The plaintiff, a former employee who was discharged, sued Hammer claiming it violated the Family and Medical Leave Act. On October 16, 2014, a jury agreed with Hammer that its decision to discharge was made before the plaintiff made any FMLA request for time off. The... Read more → 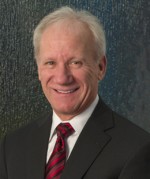 On September 18, 2014, Tom Jensen spoke at the Professional Liability Defense Federation Annual Meeting in Washington, D.C., on the topic, “Defense of Investment Professionals: Securities Litigation in the FINRA Arbitration Process.” Contact Tom for a copy of his written materials and slide presentation. He is the co-founder and board member of PLDF. A copy of the powerpoint presentation can be found at this link: FINRA PP 2014 AM2

On September 11, 2014, the court entered judgment in favor of the defense in Ladwig v. Hollenkamp, Kanabec County (MN) District Court File No. 33-CV-13-151. Tom Jensen successfully defended the farmer whose herd of cattle escaped from confinement at night and wandered onto the adjoining road. Plaintiff driver collided with several cows that caused a C5-6 disc injury requiring surgery. The jury found the farmer was not negligent and did not allow the herd to run at large in violation of a... Read more → 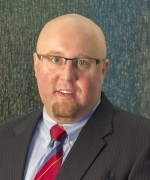 Thomas J. Evenson and his co-presenter, David D. Riley from Eide Bailly LLP, spoke at the Land-O-Lakes Summer Meeting on September 23, 2014. Their presentation dealt with actual case studies to explore various fraud schemes that have occurred at various organizational levels within general industry, the insurance industry, and customers of insurance industry.

On September 10th, Timothy Jung spoke at a training session with FedEx Ground concerning risk management and preparing for depositions.

Thomas Evenson Selected to Serve on MLPR Board

Thomas J. Evenson, a Shareholder at Lind, Jensen, Sullivan & Peterson, PA, was recently selected to serve a three year term as an Attorney Member for the Minnesota Lawyers Professional Responsibility Board. This Board consists of 23 members (14 lawyers and 9 non-lawyer public members) and is responsible for oversight and administration of the Minnesota lawyer discipline system. 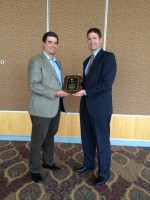 Mark Fredrickson wrapped up his term as President of the Minnesota Defense Lawyers Association at its annual meeting and Trial Techniques Seminar on August 14-16, in Duluth, Minnesota. In appreciation of his service to the organized defense bar, Tom Schultz, North Central Regional Director of dri,The Voice of the Defense Bar, presented him with its Exceptional Performance Citation for 2013-14. Mark continues his service in MDLA for another year as President Emeritus in 2014-15.

Tim Jung will be a guest speaker at GPS Group's workshop on Workers Compensation and Employment Law on Thursday, July 31. Additional information can be found at this link: July-Invite. 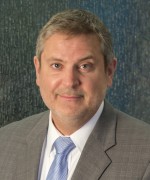 Jack Moore was recently re-certified as a senior civil trial specialist by the Minnesota State Bar Association. This certification runs through May 2020. 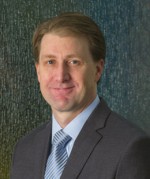 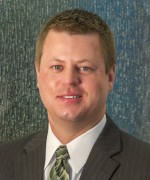 Tom Jensen will be speaking on the topic “Defense of Financial Professionals: Securities Litigation in the FINRA Arbitration Setting” at Professional Liability Defense Federation’s 2014 Annual Meeting in Washington, D.C. on September 18, 2014. 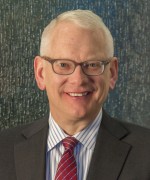 Paul C. Peterson has been elected as a Fellow of the American College of Trial Lawyers. The American College is composed of the best of the trial bar from the United States and Canada and is widely considered to be the premier professional trial organization in America. Founded in 1950, the College is dedicated to maintaining and improving standards of trial practice, the administration of justice, and the ethics of the profession. Fellowship is extended only by invitation, after careful... Read more →

At the Minnesota Women Lawyers 42nd Annual Meeting, which was held on May 19, 2014, Connie Armstrong was elected as treasurer for Minnesota Women Lawyers and will serve on the 2014-2015 Board of Directors.  Her board term will begin July 1, 2014.   http://www.mwlawyers.org/news/165030/MWL-Announces-Slate-of-Candidates-for-2014-15-Board-of-Directors.htm

In C.H. Robinson Worldwide, Inc. v. SnacLite, LLC, Carver County (MN) District Court File No. 10-CV-14-214, the court ruled on May 15, 2014 that our firm’s clients were not subject to the jurisdiction of Minnesota courts.  The ruling relied on two recent U.S. Supreme Court cases decided this year (Walden v. Fiore and Daimler A.G. v. Bauman) that address limits on the exercise of general and specific personal jurisdiction by courts over non-resident defendants.

Tom Jensen Re-certified By The National Board of Trial Advocacy

Tom Jensen recently was re-certified as a civil trial advocate by the National Board of Trial Advocacy. Originally certified on January 13, 1999, Tom’s board certification now will run through January 13, 2019. 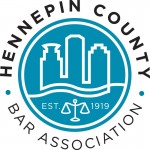 Eric Steinhoff and Matt Sloneker were guest speakers at the April 11, 2014, Hennepin County Bar Association's Professionalism CLE entitled "Lawyer Liability to Non-Client Third Parties". Steinhoff and Sloneker discussed how some lawyers may have civil liability to non-clients, including the third party beneficiary rule outside the estate planning context, the implications of opinion letters, and exposures relating to fraud and aiding and abetting.

Lind, Jensen, Sullivan & Peterson, P.A. is pleased to announce that Connie Armstrong has been recognized by Super Lawyers for inclusion in the 2014 Top Women Attorneys in Minnesota selection. The women attorneys who were selected as 2013 Super Lawyers or Rising Stars are featured in the 2014 Top Women Attorneys in Minnesota list, which is published in the April 2014 issue of Twin Cities Business and the Minneapolis-St. Paul Magazine. Super Lawyers is a Thomson Reuters business that... Read more →

Lindsay has 10 years of experience as a litigation paralegal, primarily in the areas of professional malpractice, products liability and personal injury. She has previously worked as a paralegal in Chicago, Illinois.  Lindsay attended the University of Wisconsin at Milwaukee, earning a B.A. degree in Behavioral Science and Law.

On March 27, 2014, Tim Jung and Matt Sloneker spoke at the Minnesota Trucking Association’s Trucking Law Conference.  Tim and Matt discussed the “reptilian approach” now being utilized by personal injury plaintiffs in increasing numbers, and offered insight into how to combat such tactics.  They also discussed the preparation of safety managers and drivers for depositions in this new environment.

Lind Jensen attorneys recently obtained dismissals of lawsuits on behalf of their clients in two separate matters. Brian Wood and Eric Steinhoff obtained dismissal for their client in a Carver County lawsuit.  The Court found their client did not have any notice of the hazard upon which Plaintiff fell.  Through discovery and depositions Brian and Eric were able to establish that Plaintiff did not have sufficient evidence to meet the evidentiary standard required to overcome summary... Read more →

Eric Steinhoff and Lauren D’Cruz recently obtained the dismissal of a lawsuit against their low-income client, who was sued in a dispute over distribution of a decedent’s estate. Eric and Lauren volunteered to take the case through the Federal Bar Association’s Pro Se Project. They filed a motion to dismiss based on failure to state a claim and res judicata. Plaintiff then agreed to dismiss the case, with prejudice, with no payment by the client, who would not have been in a position to... Read more →

Tom Jensen was appointed chair of the Hennepin County Bar Association’s Nominating Committee that will recommend to the Board of Directors candidates to fill the association’s leadership ranks including the 2017-18 President.

A national commercial insurer recently graded the firms counsel at 9.65 out of 10 in its yearly report card.

Tim Jung was a guest presenter at the MLA’s Protecting Your Property Workshop held on Thursday, February 4, 2014.  Tim presented on Managing Employees after Workers’ Compensation Injuries by sharing strategies covering return to modified work, coordination with FMLA, disciplinary actions such as termination, and maintaining a productive workplace.

Tim Jung and Brian Wood were guest presenters at the Minnesota Trucking Association’s Safety Conference, held on January 23, 2014.  Wood and Jung presented on the topic of “Preparedness – Mock Depositions”.

Phil Duran, President of the Minnesota State Bar Association, has appointed Lind Jensen attorney Dave Bateson to serve on the association’s Challenges to the Practice of Law Task Force.  The Task Force will “explore and make recommendations as to how the MSBA can assist member lawyers in responding to emerging challenges, including though not necessarily limited to challenges posed by student-debt loads, technological changes, and activities that may represent unauthorized practice of... Read more → 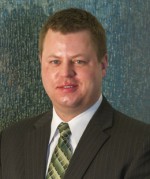 Lind, Jensen, Sullivan & Peterson, P.A. shareholder Matt Sloneker presented at the recent Mid-Winter Conference of the Minnesota Defense Lawyers Association.  Along with Crane Engineering Building Science president Stefan Helgeson, AIA, ASLA, Matt presented on the use of experts in construction defect and premises liability cases.  The presentation included an overview of the various bases for liability in such cases, including statutory warranties and the Minnesota Common Interest... Read more → 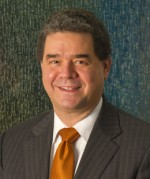 Mark A. Fredrickson is Elected President of MDLA

The Minnesota Defense Lawyers Association has elected Mark A. Fredrickson as President for 2013-2014. MDLA, an organization consisting of 700 members, is celebrating its 50th anniversary of serving the needs of lawyers engaging primarily in the defense and trial of civil disputes. Along with his newly elected position, Mark will continue his law practice and his role as the firm’s Managing Director. Mark is also an active member of DRI and the Federation of Defense and Corporate Counsel.... Read more →

Lind, Jensen, Sullivan & Peterson, P.A. is very proud to announce Connie Armstrong, a 2006 graduate of William Mitchell College of Law, and Thomas Evenson, a 2002 graduate of Hamline Law School have been elected as firm shareholders. Both practice in the litigation group, and are incredible assets to the firm. 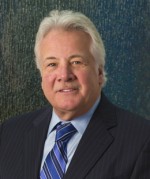 Firm President Rick Lind recently won two court battles in Goodhue County that involved millions of tons of frac sand. The client, Bob Stein, filed a lawsuit in March 2011 alleging that he'd been improperly cut out of a land deal after an Oklahoma energy company, Windsor Permian, purchased 94 acres near Red Wing for $1.5 million. In the court case Stein v. Wesch, et. al., a five-day jury trial ended with the jury ruling that Windsor Permian and its subsidiaries had intentionally... Read more →

Thomas D. Jensen was elected President of the Hennepin County Bar Association for the 2012-2013 term. As President he will represent 8,500 attorneys with a variety of services for the community and profession. With his knowledge and eagerness he will strive to ensure justice and accessibility of the legal system. Tom will work beside the courts to progress the administration of justice by promoting public perceptive and confidence in our system. Tom has numerous professional affiliations... Read more → 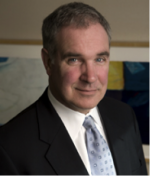 In Memory of Our Friend, Partner and Legend, Ted Sullivan

On December 15, 2009, our friend and partner Ted Sullivan died unexpectedly. Ted was a devoted husband, proud father, caring friend, trusted mentor, and an exceptional lawyer. His partners and colleagues at Lind, Jensen, Sullivan & Peterson received words of comfort from countless lawyers and judges, all of whom had their own "Ted stories." The firm and Ted's family appreciate all the support and kind words they received.