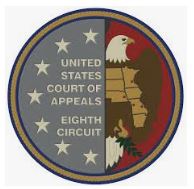 The 8th Circuit Court of Appeals has ruled in favor of the defendants in Ekblad v. St. Paul Public Schools Eighth Circuit Opinion-5029. Lind Jensen attorneys Mark Fredrickson and João Mederios wrote the Amicus brief on behalf of the Minnesota Defense Lawyers Association supporting the defense position that Ekblad’s claims were barred by application of exclusive remedy provisions of the Minnesota Workers Compensation Act. Ekblad had argued that the school district’s revised discipline policy had led to an increase in student disruption because of lack of consequences, which in turn led to a student violently attacking him and asking onlookers whether they had seen him beat that “white ass teacher.” The court agreed with MDLA’s position that none of the exceptions to the exclusivity provisions applied and that the district’s policy and the individual defendants’ role in formulating and implementing that policy did not so shock the conscious so as to give rise to a §1983 claim against them. Mark FredricksonBio and João MedeirosBio have extensive experience in the intersection of tort law and workers compensation. Please feel free to contact them with any questions in this area.